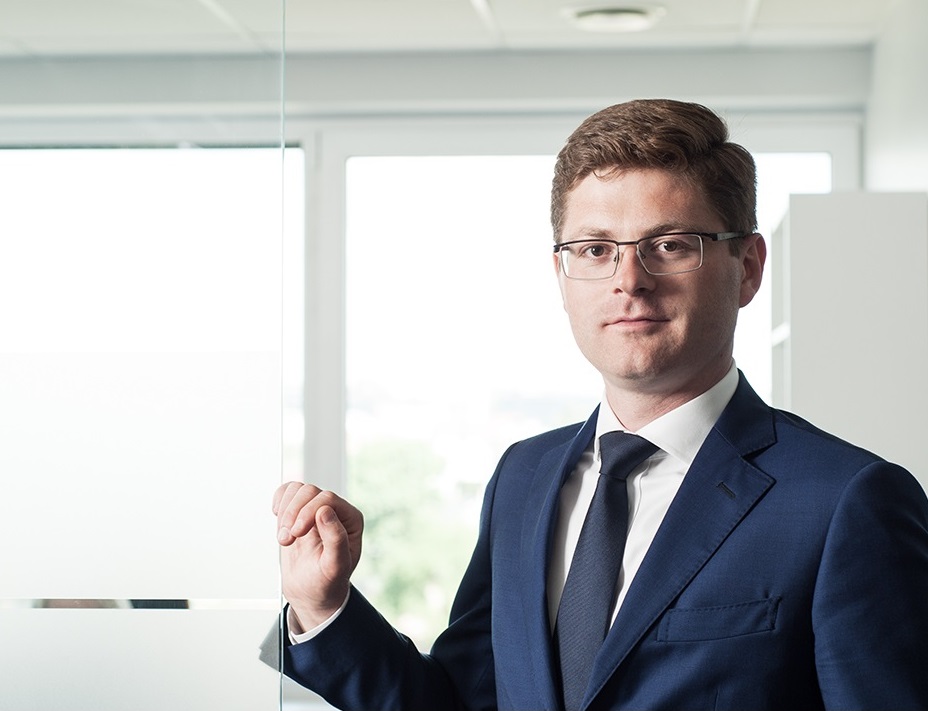 The Actions 8–10 report by the Organisation for Economic Co-operation and Development (OECD), released in October 2015, states that the arm’s length principle requires that all members of the group receive appropriate compensation for any functions they perform, assets they use, and risks they assume in connection with the development, enhancement, maintenance, protection, and exploitation of intangibles.

The report states that multinational enterprises (MNEs) must determine, by means of a functional analysis, which members of the group perform and exercise control over functions, provide assets and assume risks associated with the intangible. The report builds on the 2010 Transfer Pricing Guidelinesfor Multinational Enterprises and Tax Administrations by stressing that the analysis must take into account which group entities performed functions that contributed to the value of intangibles within a controlled IP transaction between related parties – namely: development, enhancement, maintenance, protection or exploitation (DEMPE). These provisions replaced the language in 2010 Transfer Pricing Guidelines and were included in 2017 version of the Transfer Pricing Guidelines.

The role of DEMPE in a functional analysis

In section 6.34 of the 2017 Transfer Pricing Guidelines, the OECD outlines a framework that MNEs can use to analyze controlled transactions involving intangibles, and to gather the data needed to establish an arm’s length transfer pricing for these transactions. For the third step, the OECD advises MNEs to: identify the parties performing functions, using assets, and managing risks related to developing, enhancing, maintaining, protecting and exploiting the intangibles by means of functional analysis, and in particular which parties control any outsourced functions, and control specific, economically significant risks. MNEs must determine: the specific activities that are being/have been carried out under each DEMPE function; which entities they apply to; and the relative importance of each DEMPE function to the value of the intangibles.

In order to demonstrate the way in which an MNE might go about conducting a functional analysis for transfer pricing with DEMPE in mind, an example scenario has been outlined below. The case study follows an MNE that is made up of multiple group entities, each of which may have contributed to the profit-generating value of a particular intangible. To quote section 6.32 of the 2017 Transfer Pricing Guidelines, they may have “performed functions, used assets, or assumed risks that are expected to contribute to the value of the intangible”. So, when the MNE is conducting a functional analysis, it must consider which entities carried out DEMPE functions, and based on this then establish what proportion of the resulting income they are entitled to.

About the example MNE

For the purposes of this case study, the MNE is a German cosmetics manufacturer called Schönheit, which has entities in Germany, the UK and Switzerland. Schönheit’s legal owner decides to launch a line of men’s skincare products (Für Männer) for the UK market. The new brand is legally owned by the German entity, which attains the technology licenses needed to make the skincare products from third parties, and takes charge of promoting the brand. The Für Männer products are made and distributed by the UK entity, which also sets up an online platform that consumers can use to find out more about the products and how to use them as part of their daily skincare routine. The Swiss entity, meanwhile, reviews and updates the Für Männer product line, in order to help the brand stay ahead of competition.

In order to fully understand the possible DEMPE functions and contributions of each of the group entities in this case study, their roles in the Für Männer brand related activities are outlined below.

As well as being the legal owner of the Für Männer brand, the German entity has carried out a number of DEMPE functions with regards to the IP intangibles.

In terms of IP development, its attainment of third-party licenses meant that the products could be manufactured in the first place. It did have input on the quality standards for the manufacturing of the products, but this was mainly the remit of the UK entity. Its promotion of the brand may have enhanced the value of the IP intangibles, as might its input on researching or obtaining new technologies to improve the performance of the men’s skincare products.

The German entity could also be said to have helped maintain the IP by monitoring the Für Männer brand’s health and ensuring its legal licenses were up to date. Another of its roles was to legally register the brand’s trademark and monitor the license agreements, so that the IP was protected as much as possible. Lastly, in terms of exploitation, the German entity used the Schönheit platform to showcase Für Männer alongside its other brands, which may have contributed value to the profit-generating activities of the IP intangible in question.

In this case study, the UK entity’s contribution spanned a range of DEMPE functions. As the men’s skincare products were made in the UK, it was primarily up to the UK entity to set the standards for the quality of the manufacturing process. It also took charge of developing the sales procedure and the online platform, and ensuring the user experience was smooth. The UK entity also potentially enhanced the IP by constantly improving the manufacturing and sales processes and experiences, and getting consumers to interact with the brand online.

The UK entity contributed a fair amount to the maintenance of the IP by making sure that consumers were happy with the Für Männer brand and its skincare products. It did this by nurturing connections with consumers, monitoring customer feedback, making sure the sales experience was consistent, and ensuring quality control across the brand’s processes and products. It also carried out a number of IP-protection roles, including monitoring any competition, ensuring customer privacy, and patenting Schönheit’s manufacturing process know-how.

The UK entity exploited the IP by doing everything from introducing the Für Männer brand to market, selling its products and connecting with its customers to employing the licensed technology during the manufacturing process and making sure client interaction and educational processes were in place so that the brand’s customers could benefit from the men’s skincare products as much as possible.

Though the Swiss entity had fewer responsibilities than the German and UK parties with regards to DEMPE, this does not necessarily mean that it is entitled to a lesser share of the allocation of the returns generated through DEMPE functions – as an upcoming section will explain.

In terms of development, it established the strategy for enhancing the Für Männer product line, which enabled other entities to go ahead and implement the strategy. It could also be said to have enhanced the IP by revising and updating the technology that was being used to create the skincare products. If the brand’s customers had any issues with the products’ performance, which they expressed through client feedback, then the Swiss entity made sure these were noted and ideally rectified (a maintenance role). In terms of protection, it legally registered the technology enhancement patents, so that the technology is protected and the customers’ requests could be met. It did not have much of a role in exploiting the IP, except by always improving it.

Which entities have carried out DEMPE functions?

As the above information suggests, each of the MNE group entities in this case study might have performed DEMPE functions and contributed to the value of the profit-generating intangibles in some way. It is worth noting that, under DEMPE, just because the German entity is the legal owner of the IP, this does not mean that it is “entitled to any income generated by the business after compensating other members of the MNE group for their contributions in the form of functions performed, assets used, and risks assumed” (6.47, 2017 Transfer Pricing Guidelines). Rather, the returns generated by the IP have to be divided between the German, UK and Swiss entities, in accordance with each entity’s contribution to its value.

As section 1.51 of the Actions 8–10 report says, the MNE’s functional analysis should focus on “what the parties actually do and the capabilities they provide.” So, the specific activities of the German, UK and Swiss entities under DEMPE functions need to be identified. It is not the volume of functions that an entity provides that is important for the analysis – it is the “economic significance of those functions in terms of their frequency, nature, and value to the respective parties to the transactions” (1.51). While the UK entity in the case study performed a larger number of DEMPE functions than the Swiss entity, the Swiss entity could be entitled to greater compensation if the economic contribution of its activities to the value of the profit-generating intangibles was more than that of the UK’s. This is something that MNEs need to evaluate carefully when they are conducting their functional analysis.

Use of assets and risks in DEMPE analysis

In line with section 6.59 of the 2017 Transfer Pricing Guidelines, group entities that use assets in DEMPE functions should be compensated for doing so. Examples of assets include “intangibles used in research, development or marketing (e.g. know-how, customer relationships, etc.), physical assets, or funding.” A functional analysis must consider which entities funded particular DEMPE functions, as well as which entities control the risks or perform other functions associated with the funded activity or asset. For example, in the case study, the German entity funded the DEMPE functions, while they were also carried out by the UK and Swiss entities. There were functions for which the German entity provided funding but did not control risks or perform functions associated with the funded activity or asset (e.g. developing, running and maintaining the online platform for the Für Männer brand). For the function funding activities, the German entity would likely not receive the same returns as it would if it performed these DEMPE functions and controlled the risks.

Compensation for past activities

Compensation applies not only to entities that are currently performing DEMPE functions, but to those that did so in the past. Say, for example, that the UK entity set up the manufacturing, sales and online processes for the Für Männer brand, but then the German entity decided to move production and distribution to Germany; though the UK entity may no longer be involved in the brand, it still contributed to its value, and so may be entitled to compensation for the functions it performed, assets it used, and risks it assumed in DEMPE.

By carrying out a functional analysis with DEMPE in mind, MNEs can ensure that they are complying with the OECD’s guidance for determining arm’s length compensation for group entities’ functional contributions to the value of an intangible. This analysis should consider the availability of comparables data for uncontrolled transactions, which MNEs can access through a royalty rates database such as RoyaltyRange. The RoyaltyRange database provides MNEs around the world with the data they need to carry out a DEMPE analysis.

You can use this text with reference to RoyaltyRange website.