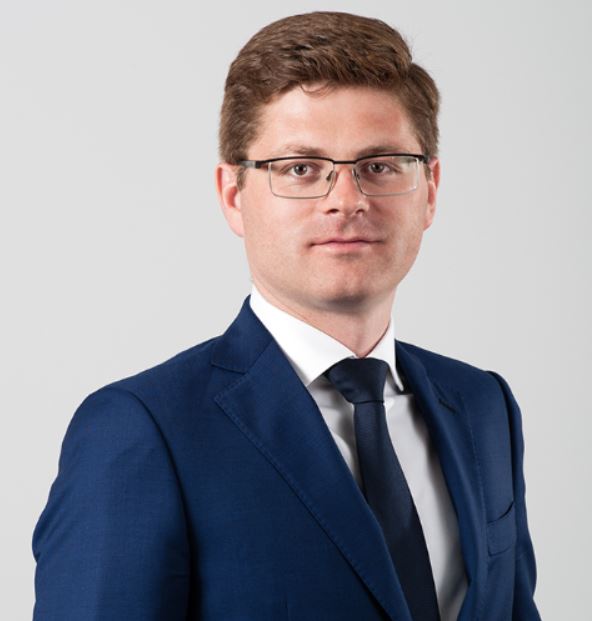 DEMPE was first introduced in the final Actions 8–10 report of the Transfer Pricing Aspects of Intangibles (‘Aligning Transfer Pricing Outcomes with Value Creation’), released on October 5th 2015. The reports were published by the Organisation for Economic Co-operation and Development (OECD) under its base erosion and profit shifting (BEPS) initiative.

DEMPE is designed to help both taxpayers (including MNEs) and tax authorities achieve an accurate assessment of transactions to help with the determination of appropriate transfer pricing. By identifying the entities that perform DEMPE functions in a transaction, MNEs and taxpayers in general can ensure that they are complying with the OECD’s BEPS guidelines.

What are the implications of DEMPE for MNEs?

Before the DEMPE concept was introduced, the legal owner of an intangible was entitled to essentially all the returns generated by that particular intangible (e.g. intellectual property (IP), such as a brand name or logo). This meant that, in practice, the owner of a brand could set up their company – for example, in the UK – but also register their trademark in a low-tax environment –  such as Cyprus or similar – so that they could charge royalties to the UK business for any income related to the IP registered in the low-tax environment. With the old model, the IP owner would be entitled to the income effectively generated by the UK entity.

Now, however, any income that is generated as a result of that IP is owned by all the parties that perform the DEMPE functions. So, rather than the IP owner receiving the full amount of the returns generated by the intangible, these instead have to be divided between the relevant parties, in line with each entity’s contribution to the value of the IP. To return to the Cyprus example: if there were entities in Cyprus that carried out DEMPE functions, then they would be entitled to a proportional share of the income generated by the intangible in question.

As the reports say: “a determination that a particular group member is the legal owner of intangibles does not, in and of itself, necessarily imply that the legal owner is entitled to any income generated by the business after compensating other members of the MNE group for their contributions in the form of functions performed, assets used, and risks assumed.” (6.47, Actions 8–10)

It is worth noting that in the case of the UK–Cyprus example, if no DEMPE functions resulted from the Cyprus activities, then under the new approach the UK tax authorities would likely disallow the Cyprus IP royalty deductions from the taxable UK profits, especially if these functions were performed by the UK entity. For transfer pricing purposes, legal ownership of intangibles, by itself, does not confer the right to retain returns derived by the MNE group from exploiting the intangible.

As a result of the contractual arrangement between the MNE entities, these returns may initially accrue to the legal owner. However, if the legal owner performs no DEMPE functions, but acts only as a holding entity, the legal owner will not be entitled to any portion of the returns, other than compensation for the holding activities, if any.

DEMPE has significantly changed the way in which MNEs should determine arm’s length conditions for controlled IP transactions between related parties. Appropriate compensation of entities that have performed DEMPE functions that contribute towards the profit generating value of an intangible is now a key consideration in establishing arm’s length transfer pricing.

The DEMPE functions: an example scenario

It is important to look at each of the DEMPE functions individually, in order to understand the overall intention and significance of DEMPE. Below is an explanation of each of the functions, for clarification. The functions will be discussed in the context of an example scenario, to highlight what each function may entail and how profits may be split.

The example scenario is as follows. A super-premium Italian clothing brand has entities in Italy, the UK and Switzerland. The group develops a new product line for semi-professional sporting goods, which is owned and promoted by the Italian entity. The Italian entity acquires the manufacturing technology licenses that are needed to make the sporting goods from third parties. The sporting goods are manufactured to the highest standards in the UK, by the UK entity. The UK entity also distributes the sporting goods, and launches an online platform where customers can connect with the brand and receive exercise support to complement their purchase. Meanwhile, the Swiss entity enhances, revises and updates the product line.

Across the Italian, UK and Swiss entities, different DEMPE functions are carried out – each of which contributes to the overall value of the intangibles of the sporting goods product line.

Based on the example scenario, the possible DEMPE functions and contributions of different entities are described below.

The development of intangibles refers to everything that is associated with coming up with ideas for the brand and products, and putting plans and strategies in place for their creation.

A number of different processes and ideas went into creating the intangibles for the example Italian brand’s sporting goods product line. Each of the brand’s entities were responsible for various parts of the development process, with some functions overlapping, so that multiple entities carried them out. For example, while the Italian entity was solely responsible for the initial brand development and the acquisition of technology licenses, it had a limited input in comparison to the UK entity when it came to establishing quality standards for the manufacturing process. Likewise, the Swiss entity was instrumental in terms of establishing an enhancement strategy for the product line. Indeed, it was up to the UK entity to set up the sales process, refine the user experience and create the client platform.

The term ‘enhancement’, in the context of DEMPE, involves continuing to work on aspects of intangibles to make sure they can perform well at all times and be constantly improved.

Just like with the development stage, the enhancement functions were divided between the three entities in the example scenario. Italian entity was mainly responsible for promoting the brand and enhancing its awareness, though it also inputted (to a lesser degree) on searching for the latest technologies to enhance the semi-professional characteristics of the product. The UK entity made contributions to enhancing the manufacturing process and improving the client purchase experience, and had sole responsibility when it came to encouraging client interaction. It was up to the Swiss entity to enhance the existing technology that the sporting goods product line was using.

Maintaining intangibles involves doing everything that is possible to ensure they continue to perform well and generate revenue for a business.

In the case of the Italian clothing brand, maintenance was all about making sure clients were happy and that the quality of the products was consistently high. The majority of the responsibility for this fell with the UK entity, which was in charge of nurturing client connections, monitoring client feedback, and quality control. The UK entity also had input on making sure the purchase experience was consistent. The Italian entity was responsible for monitoring brand health and maintaining the brand’s legal license agreements. The Swiss entity collected the client feedback and made sure that any performance issues were addressed through constant enhancements, revisions and updates.

Brand protection is important for ensuring that the value of a brand’s assets remains strong. It involves securing IP legal rights, making sure nobody can copy the ideas and monitoring competitor’s activities.

The processes for protecting the sporting goods brand were mainly divided between the Italian and UK entities, with the Swiss entity just handling the legal registration of the technology enhancement patents. The Italian entity took care of enforcing brand protection and legally registering the brands, and, to a lesser degree, monitoring the technology license agreements. The UK entity developed the brand’s online support systems and kept track of competition, while also handling aspects of patenting the business’s manufacturing know-how and ensuring client privacy protection.

In relation to intangibles, the term ‘exploitation’ refers to the way in which intangibles are used to generate profits.

For the Italian clothing brand example, the majority of responsibility for exploitation fell with the UK entity, which was in charge of the following: introducing the brand to market; implementing the licensed and developed technology during the manufacturing process; selling the products; connecting with customers online; and helping clients benefit from the products. The Italian entity showcased the brand along with its other brands, while the Swiss entity built on current technology and feedback.

The outcome of DEMPE

As you can see from the example above, the three entities contributed in varying degrees to the intangibles’ value at different points of the revenue-generating process. Before DEMPE, all the residual income generated from the activities of the intangibles would have gone to the Italian entity, as it legally owns the brand IP and the contractual rights to the technology.

However, now that DEMPE has been introduced, each of the three entities outlined above is entitled to a proportional share of the income generated by the particular intangibles that they helped to develop, enhance, maintain, protect or exploit.

The share that the different entities within the supply chain receive is determined in accordance with the importance of their contributions to the value of the intangible. This can be measured by assessing the performance of the different functions. However, this is only the first step of the analysis.

Ultimately, the Actions 8–10 report clarifies that taxpayers should carry out a DEMPE analysis to ensure that they are complying with the OECD BEPS guidance with regards to determining appropriate arm’s length compensation for functional contributions towards intangibles. DEMPE functions are integral to the value of intangibles, so they need to be analyzed in detail when assessing transactions between related entities. This can be facilitated by accessing data on third-party DEMPE functions and comparable uncontrolled transactions through a royalty rate database, such as RoyaltyRange. With this data, taxpayers can ensure that their transfer pricing is at arm’s length.

You can use this text with reference to RoyaltyRange website.